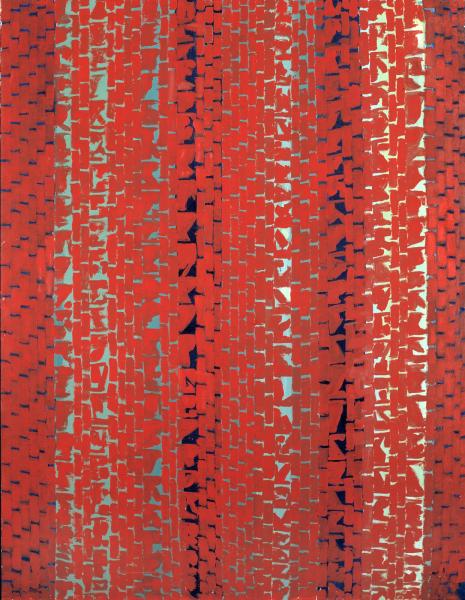 Alma Thomas created the painting, Red Sunset, Old Pond Concerto in 1972, when she was 81 years of age. Thomas’ painting career bloomed after her retirement as an art teacher in the Washington, DC school system. She is considered a major force in the Washington Color Field School. Her mature, larger works of acrylic on canvas, like the piece shown above, continued her lifelong interest in color.

Despite the barriers that she faced as a female African-American painter, Thomas did not “turn to racial or feminist issues in her art, believing rather that the creative spirit is independent of race or gender.” Regenia A. Perry Free within Ourselves: African-American Artists in the Collection of the National Museum of American Art (Washington, D.C.: National Museum of American Art in Association with Pomegranate Art Books, 1992)

Thomas remained single and lived in the same downtown DC home from 1921 until her death in 1978.